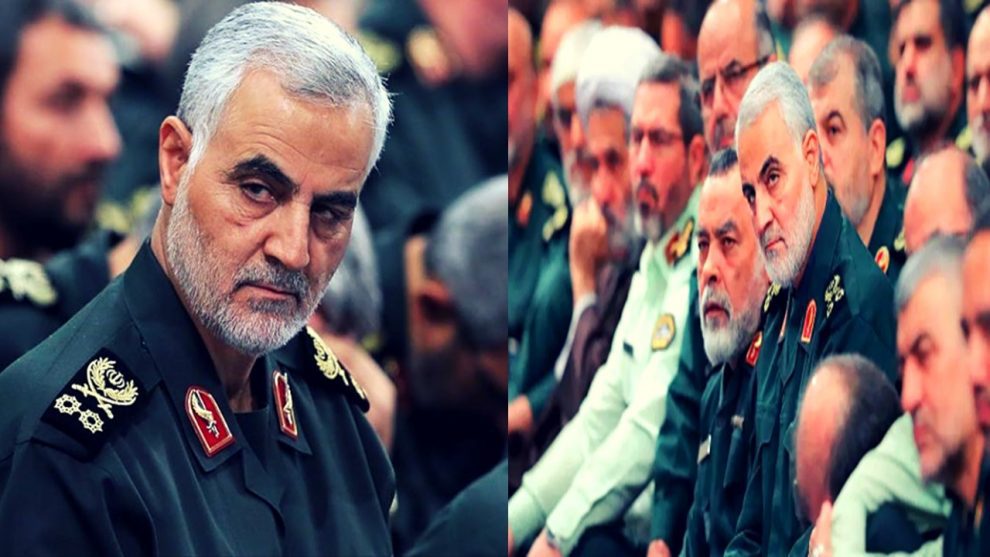 Major Commander General Qasem Soleimani is dead. Assassinated in the US air attack at Baghdad airport on 03 Jan 2020. Many of you don’t know him. Some Middle Eastern analysts one said about General Soleimani that he is not a man. He is the punch of Iran’s secret and open foreign policy in the Middle East.

He was the head of the Quds Force, which is the most important and strategic wing of the Islamic Revolutionary Guard Corps (IRGC). Soleimani expanded the Quds Force and made it the most powerful and feared organization in the Middle East.

His life in the Beginning

Born in 1957, to a poor peasant family in Kerman province, Soleimani worked as a construction worker to pay off his father’s debts. In day time he used to work, in the evening he used to go to a local gym for weight training and Karate, and at night he used to listen to a traveling preacher called Hojjat Kamyab, who was the student of Ayatollah Khomeini.

After the Islamic revolution, he joined the Revolutionary Guards and fought against the Kurdish uprisings in Iran. In the Iran-Iraq war he fought on the frontlines as the young company commander. He successfully took back several Iranian territories occupied by the Iraqi forces and very quickly earned the reputation of a brave military leader.

When the war ended after 8 years, he was a divisional commander. In the 1990s, when Iran was facing severe problems due to the trafficking of drugs from Afghanistan to Turkey, General Soleimani was given the task to eliminate the powerful Iranian cartels. He ruthlessly crushed the drug trafficking channels that were passing through Iran.

He was the personal favorite of the Supreme Leader Ali Khamenei, who used to call Soleimani as the “Living Martyr”. The CIA described him as “the single most powerful operative in the Middle East today”. In the 2006 war between Israel and Hezbollah, General Soleimani was himself present in southern Lebanon controlling the operations.

When for the very first time in history the Israeli Army returned without defeating an Arab army, a war analyst at Pentagon called him, “Iran’s very own Erwin Rommel”, comparing him with the greatest German general of Second World War. When the government of Bashar al-Assad came under heavy attack by the rebels from all sides, Soleimani believed to be controlling operations from Damascus.

In which he coordinated the joint defense of the Syrian army Hezbullah and Iraqi militias. Throughout the Middle East, there are many legends about him. He was all over the place doing almost everything that was making news in Arab tabloids and TV shows.

It was not the first time that the news of Soleimani’s death has appeared everywhere in the news. Many times before he was rumored to be killed, but this time it appears that finally he is taken down. The death of Qasem Soleimani will leave a huge void in Iranian foreign policy in the Middle East. It is definitely a devastating blow for Iran and its allies, the consequences of which will become clear in the coming days.

But this will come as a great relief for countries like Israel, Saudi Arabia, and the United States of America, who have almost always seen Soleimani fighting against their interest directly or indirectly. Although it will not be the end of Tehran’s interest in various conflict zones, it will definitely affect the clandestine activities of the Quds Force across the Arabian peninsula. For now, the situation is uncertain regarding how Iran will react to their big loss. While back in Israel today’s Jerusalem Post headline reads:

“SOLEIMANI ALWAYS GOT AWAY
UNTIL THIS TIME HE MET HIS END”

Biggest Military Base Location in the World – Who’s there ?
Year of Protests|2019 has been a year of global street protests