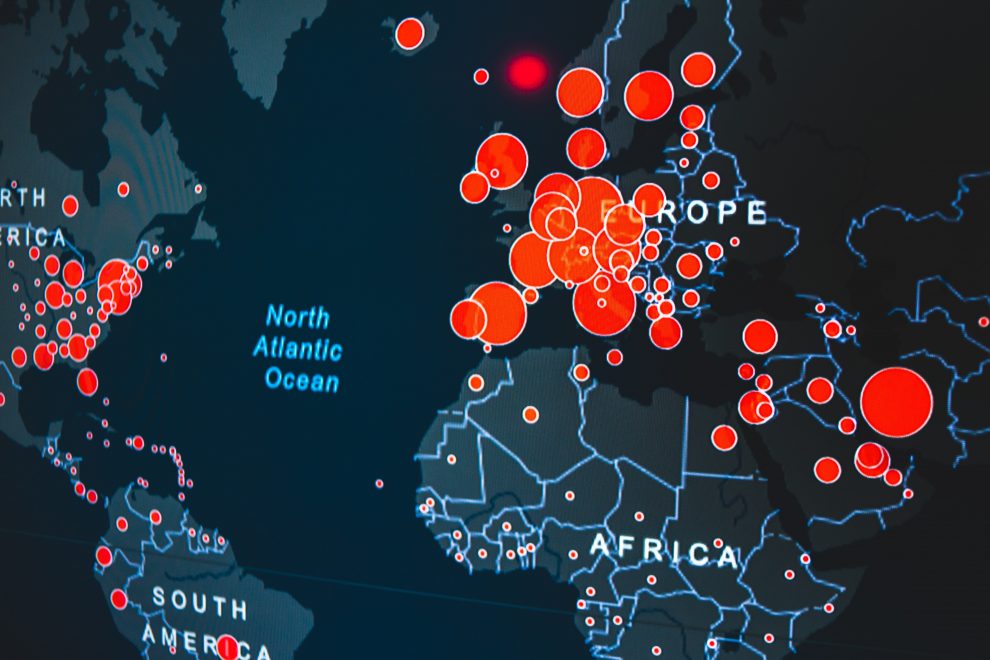 Here we are going to tell you ” World’s Most dreadful Pandemics (outbreaks) History|COVID-19- from Plague to COVID-19 (coronavirus) | 2020 “. Humans went through many outbreaks in their History. These pandemics in their different era killed millions of people. But as we are living in the 21st century, developed countries have the most advanced technologies in medical sciences, But still, we are unable to protect ourselves from these kinds of pandemics. A COVID-19 pandemic spreading in the whole world and killing hundreds of people every day. Human faced many dreadful outbreaks in its history, some of them are given here.

The Plague broke out in 165 A.D. This is also known as the Plague of Galen. The Antonine Plague was the earliest pandemic that affected Egypt, Greece, Italy and Minor Asia. This was carried by either Smallpox or Measles, but the exact cause is still unknown. This unknown breakout and disease was brought back to Rome by the soldiers returning from Mesopotamia state in 165 A.D. This almost killed more than 5 million people and wipe out the Roman Army

The Plague of Justinian was one of the most dreadful pandemics which severely punished the whole of Europe and nearly killed half of the population of Europe. The plague of Justinian was an outbreak of bubonic plague that put the Byzantine Empire into trouble and other Mediterranean port cities. This outbreak killed more than 25 million people in its year of terror in the long region. It hit hard to the Eastern Mediterranean state and city of Constantinople. This was the time when this pandemic was killing 5,000 people per day.

Black Death outbreak ravaged Europe, Asia and Africa with death toll ranged between 75 and 200 million people. It was known that this broke out in Asia and the Plague transferred to other continents via the fleas living on the rats which frequently inhabited the ships used by merchants.  At that time ports were major centers, which found breeding ground for the fleas and rats, became the cause of flourishing insidious bacterium, devastating three main continents in its wake.

Cholera outbreak proved as one of the deadliest pandemics, it was the third major outbreak of Cholera in the 19th century which lasted from 1852 to 1860.  The third cholera pandemic originated in India, spread from the Ganga River Delta and torn through Asia, Europe, America, and Africa, killing more than 1 million in its end.  One British scientist John Snow succeeded to find the cause of third cholera as contaminated water, which become means of transmission of the disease.

Generally known as “Russian Flu” spread by an Influenza A virus subtype H2N2. But recent discoveries found that the cause of Influenza A virus subtype H3N8.  The initial cases observed in May 1889 in three different and distant locations. Bukhara in Central Asia, Athabasca in Canada.  The increasing population of the 19th century became the reason of flu spread. This pandemic claimed the lives of over one million people.

Carrying the previous incarnations, the 6th Cholera Pandemic spring out in India. It killed up to 800,000, before spreading to North Africa, Russia, Eastern Europe, and the Middle East. It was also compared with the American outbreak of Cholera ( 1910-1911). American Health officials learned from the previous outbreak and quickly isolated the infected people.  From 1923, Cholera cases began to decrease dramatically but remained in India.

From 1918 to 1920 a very disturbing pandemic of influenza punished the globe and infected more than a third of the whole world population. Resulting in the deaths of 20-50 million people. Over 500 million people infected in this pandemic. The mortality rate was 10 % -20 %  in its first 25 weeks. It mostly killed the elderly and already weakened or suffering people. Also killed children and people having a weaker immune system.

Asian Flu spread between 1956 to 1958. This outbreak of Influenza A virus H2N2 subtype began in China in 1956 and lasted till 1958, these two years of pandemic cost 2 million lives. Asian flu traveled from Chinese province Guizhou to Hong Kong, Singapore, and the United States. The United States faced a loss of 69,800 lives according to the World Health Organization. It was one of the World’s Most dreadful Pandemics.

This flu referred to as “the Hong Kong Flu” caused by the virus H3N2 strain of Influenza A.  Initial cases reported in Hong Kong and it took just a couple of weeks, spreading in Singapore and Vietnam. I also traveled to The Philippines, Australia, Europe, India, and the United States. Although, the pandemic has a lower mortality rate ( 0.5% ) but resulted in more than 1 million deaths. Half of these were from Hong Kong, almost 15% of the Hong Kong population.

Human Immunodeficiency Virus / Acquired Immune Deficiency Syndrome, This was first identified in the Democratic Republic of Congo in 1976.  HIV/AIDS has proven itself a true pandemic, killing more than 36 million people since 1981. Still, there are 31 to 35 million people living with this disease. The majority of the people of infected persons are from Africa, where you can say 5% of the population infected with the disease. The HIV kills slowly, it is transmitted through all unsafe contacts with the infected person.  Between 2005 to 2018 annual global deaths from HIV/AIDS dropped from 2.2 million to 1.2 million.  It was also one of the World’s Most dreadful Pandemics.

Coronavirus originated in a city in China, Wuhan. Initially observed as the virus is transmitted to humans through animal (seafood or bites ) but the official cause is unknown so far. It is reached more than 192 countries, almost the whole world, and spreading too fast. All countries imposed lockdowns to handle its breakout. Economies destroyed, the situation getting worst day by day, particularly in Italy, Iran, Spain, and other European countries. Causing 1200+ deaths every day and infecting thousands of individuals. No vaccine or treatment found so far.

Can Coronavirus be used as Bioterrorism ?

These were some pandemics or outbreaks in the History of mankind. One of the Pandemic, COVID-19, that we are facing in current days.

The 5 Most Toxic and Dangerous metals in the World
Biggest Military Base Location in the World – Who’s there ?