Tensions on the border between India and Pakistan are not uncommon. Every day we read and hear news of firing in the news from both sides violating the Line of Control. But it would be surprising if even innocent birds were blamed for the war frenzy.

And the Indian authorities surprised their people once again on Monday and Pigeon became a top trend in Pakistan.

According to the Press Trust of India, India’s official news agency, Indian authorities say they have captured a pigeon in the border area of ​​Kathua district of Kashmir under their control, which is suspected to have been trained by Pakistan for espionage. Has given

But this is not the first time that Indian authorities have made such a claim, and security officials in the states of Punjab and Rajasthan have previously caught pigeons coming from Pakistan as alleged spies.

On Monday, India’s news agency was to release the news on social media that users from both countries started a series of unbiased comments and memes about the news.

Reacting to the news, a Twitter user named Imran Khan said, “It seems that the spies of the Indian secret agency RAW are also watching a lot of Ertugrul Ghazi drama these days.”

A user named Devika said, “Other countries have drones for spying, but Pakistan has spy pigeons. When it comes to Pakistan’s military, it looks like it can do time travel.”

A user, Akash Banerjee, mocked the security officials, saying, “Further investigation has revealed that this highly trained bird has been sent to India to carry out ‘Pigeon Jihad’, and some nasty pictures from its possession.” Have also been exported.

In response, a series of tweets started and a user named Jyoti expressed surprise at the news and asked, ‘Are you making fun of us, or are you kidding us, I believe it. do not have.’

Responding to this, Akash said, “I joke all the time but the problem is that the administration is doing a better job than me in this matter.”

The Indian Punjab Police is currently on an important mission to find out whether a pigeon coming from Pakistan across the border is a virtuous spy or an innocent tourist.

The pigeon is in the custody of Pathankot police, intelligence agencies have also been alerted, but despite a thorough medical examination, including X-rays, no evidence has yet been found on the basis of which he could be declared a spy. According to SP Rakesh Koshal, he cannot be considered innocent yet.

Rakesh Koshal told the BBC: “This pigeon has definitely come from Pakistan. On Wednesday, he was caught by a man in Manwal village, three to four kilometers from the Pakistan border. | India accuses Pigeon of spying 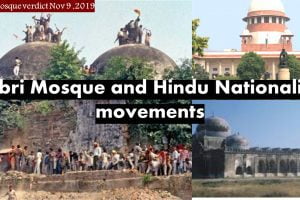